Why Creating a Connected Home Is Easier Than Ever 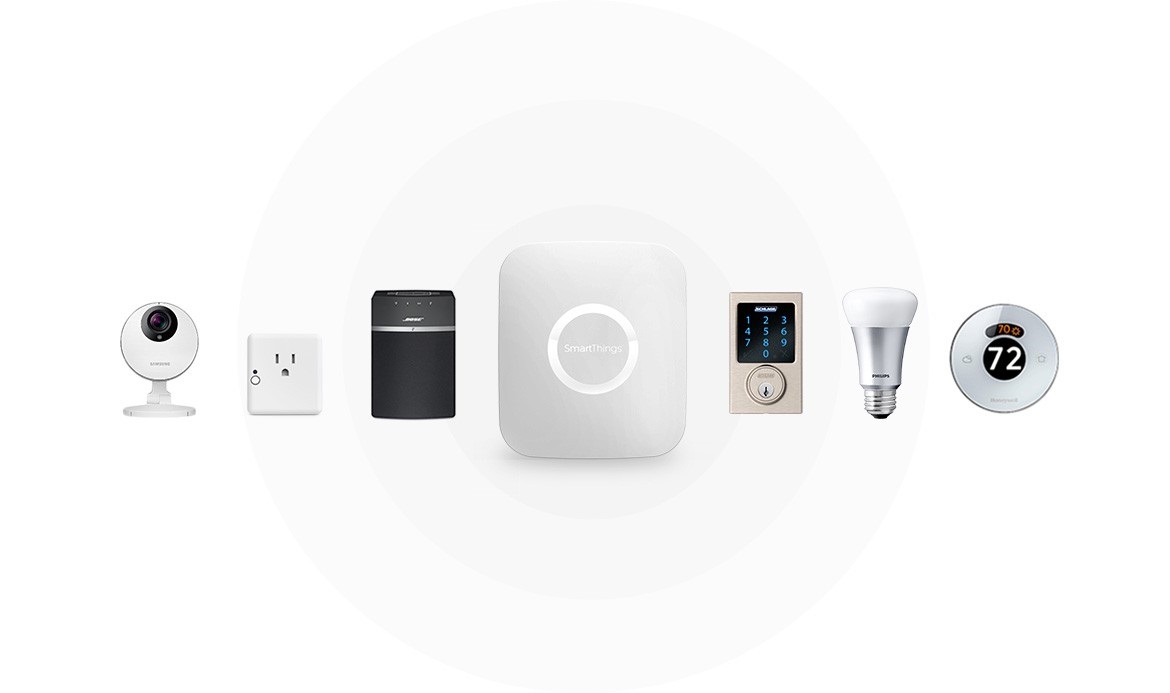 When It Comes to Smart Homes, the Future Is Already Here
Why Creating a Connected Home Is Easier Than Ever

by Tracey Lindeman is a business and technology reporter with bylines in The Globe and Mail, Vice, The Montreal Gazette, Associated Press and more.

Imagine coming home from work and unlocking your front door with your smartphone instead of digging around for your keys. Once you’re inside, the lights come on automatically and your latest favorite musical playlist starts playing over your speakers.

Your voice-activated virtual assistant serves as your universal remote — controlling your TV, lights, temperature, blinds, multiple speakers throughout the home, home-security system and so on. There’s no more worrying whether you left the lights or the stove on, or the front door unlocked; you can double- and triple-check remotely via smartphone to your heart’s content.

In the morning, your coffee is ready by the time your feet hit the floor. Once you’ve made it to the kitchen, a morning traffic and weather report automatically plays through your speakers, advising you when to head out to make it to work on time. And, if the mail carrier tries to deliver a package while you’re out, you can use your smart doorbell to tell them where to securely leave it.

This future that pop culture promised us isn’t as far off as it may seem. In fact, all this technology already exists and can be easily purchased online or in stores.

The Key Players in the Race for a Smarter Home

Samsung’s SmartThings and Apple’s HomeKit are two frontrunners in a hotly contested race to become North America’s number-one smart-home-unification solution, while Amazon’s Echo and Google Home are also duking it out. Meanwhile, electronics and appliance makers are racing to implement new and evolving technology — from internet and network connectivity, to sensors, to artificial intelligence — into normal, everyday items.

“It really was Amazon and Echo that created the tipping point for the connected home,” says Ken Jacob, Chief Brand Officer at Bose Corporation. “If you have a decent functioning WiFi router, these new companies make it incredibly easy to quickly get to the fun part.”

For many players in the smart home space, lowering the barrier of entry for the connected home has everything to do with openness and accessibility. “We’re an open platform,” says Abbie Byrom, Director, Partner Marketing at Samsung SmartThings, “which means we have an expansive ecosystem of third-party smart home devices.”

“When everyone can play well together,” Byrom continues, “consumers have a choice.”

How Are Consumers Using Connected Tech?

For Mike Gozzo, an entrepreneur who heads up software company and messaging engine Smooch, his entry point into the smart home world was an Amazon Echo just a little over a year ago. He started off by using it to stream Spotify and check the weather, but soon his usage expanded to asking the Echo’s voice assistant, Alexa, to stream certain radio stations, control his lightbulbs and a variety of other tasks.

“I’ve never been into home automation, as I thought it could be a fool’s errand and create more complexity than it solved, but Echo seems to be the game-changer here and be the first truly useful hub,” says Gozzo.

Technologies like SmartThings and Echo can be taught your daily routine and remember a suite of commands to create different home scenarios. And their compatibility with other electronics — TVs, speakers, doorbells, thermostats and so on — has made them an attractive entry point for consumers (Amazon has already sold more than five million Echoes). The popularity of these devices drives home the idea that creating a powerful network by combining multiple smart devices is the way of the future — and it makes it seem as though our “dumb,” disconnected home electronics are relics from the stone age.

“You can take the Amazons of the world and see they’re trying to provide alternative means for people to interact with their services,” says Matthew Weiss, strategic product partnerships manager at Bose Corporation.

Weiss cites research that suggests people tend to buy into smart home technology through a single category at first — for example, a smart speaker for entertainment, or a Nest thermostat for comfort and convenience. Weiss continues, a smart home is more than simply having a few connected devices in the home that make certain elements of home life easier. You may have bought a smart doorbell and a smart speaker for two different reasons, but when they work in concert you can play a customized doorbell ringtone throughout the home. It’s the interplay between these various smart devices that delivers the ultimate value. As Weiss puts it, “The total is greater than the sum of its parts.”

The Rise of the Smart Home

A do-it-yourself approach — that is, buying a couple of devices online and trying them out, then adding to the network as you go along — is rapidly growing in popularity as the preferred way of assembling a smart home. Markets indicate that home security and remote home monitoring are popular entry points, after which people tend to migrate toward lights, voice assistants and entertainment systems. However, not everyone has the knowledge, time or patience to set up an off-the-shelf device.

“I would say people are excited about the technology in general. They like the idea of it… but the integrations often rely on third-party services,” says Dean Winters, an integrator with Canadian smart home installer HomeSync, as well as a product manager of HomeSync affiliate HeroPin, which makes an Uber-like app technician-dispatch app.

The rising adoption rate of connected devices has created an opportunity for companies like HeroPin and California-based competitor HelloTech to capitalize on the service industry around the technology. HomeSync, which tends to do larger, custom-install jobs, created HeroPin after calls started rolling in from people who’d bought off-the-shelf smart home products and needed basic setup help. Winters says just the tech support business around smart homes is already a multi-billion-dollar industry.

That said, the smart home — at least, as it currently stands — still appears to elude the majority of average households. According to multiple market-research studies, smart home penetration currently sits at between 15–20 percent of North American households.

Simon Bryant, associate director at British market-research firm Futuresource Consulting, says some smart devices aren’t properly captured in market analytics because the products themselves are spread out across various retail and service sectors.

It may seem like a relatively paltry percentage of households that have adopted smart home technology, but global research agrees that the trend is absolutely heading in an upward direction. Bryant points to Futuresource’s data from Europe that indicates smart home penetration has doubled and even tripled in some markets.

And, according to Statista, smart home revenue in the U.S. is projected to reach $14.6 billion in 2017, and $32.2 billion in 2021. And, as London-based analytics and research firm IHS Markit estimates, 34 percent of North American households will have at least one smart home device by 2025.

By then, owning a smart home device may no longer be a choice. “We’re getting to that point where it’s not really a choice that consumers have. Today it is, but tomorrow you’re going to buy a light switch and it’s going to be a smart light switch [because it’s the same cost to the manufacturer],” says Winters.

Meanwhile, Winters predicts that there will come a day — probably sooner than we think — that there isn’t a non-smart option available to people shopping for household electronics and appliances. “I think it’s just going to get to a point where you’re buying a speaker, and they’re all smart speakers,” he continues. “Whether you buy into it or not, the smart home is here.”